Get Busy Living or Get Busy Dying 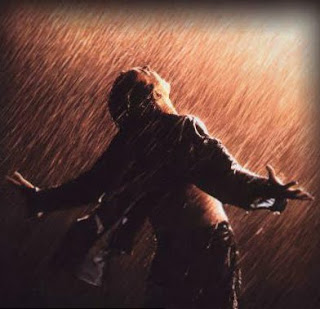 One of my favorite movies of all time is The Shawshank Redemption.  Not only is the screenplay masterfully developed out of Stephen King’s short story, but the complete artistic package is exceptionally moving.  From Thomas Newman’s original score, to the cinematography, to the outstanding acting done by Morgan Freeman and Tim Robbins, the piece is a masterwork.


At one point in the movie, Tim Robbin’s character Andy says to Red, played by Morgan Freeman, “get busy living, or get busy dying,” and I have been thinking about that precept this week.
Almost a year ago, I wrote a blog about our cat, Julius, who has suffered from kidney failure and its entourage of additional ailments for the past two plus years.  His life has been full of experiences usually reserved for cats twice his age: frequent vet visits, sub-cutaneous fluid injections, a daily regimen of pills forced down his throat.  Julius has definitely been a trooper throughout everything. 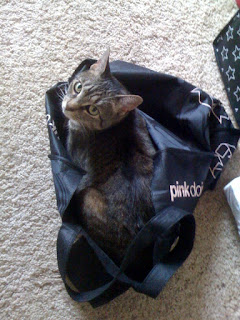 In the last few months, he has started a long, slow descent, one we don't think will cycle back upwards.  He has done this in the past a couple of times - stopped eating, taken up residence in the sink or bathtub, refused to use the litter box - but he has always come back from it.  I don’t think this time will be another near-miss.  Samantha and I joke that he has already used his nine lives and now he is borrowing them from his perfectly healthy sister Cleo.
The once pleasantly plump ball of orange fluff is no more than skin and bones.  Three years ago Julius weighed sixteen pounds.  The last time I weighed him, about a month ago, he was down to six; I refuse to weigh him now but I know he has lost more weight since.  Gone with his physique is his energy, mobility, balance, and desire to do more than lay in his bed, or lay on us.

This is why I have been thinking about The Shawshank Redemption.  Andy and Red were trapped in a prison, placed there because of their actions, or the actions of others.  Their lives were determined by the prison schedule, ordered by the prison heirarchy, and easily made into a living hell.  Shawshank Prison was a place where you had to make a choice - get busy living, or get busy dying.
Each of the characters approached this idea in a different way, some succumbing to the bitter, violent life the prison gangs offered, others made choices that lead to their eventual demise.  Red seemed to choose life of a sort, carving out his own niche with in the community, and Andy, for awhile, appeared to follow a similar suit.
The difference between the two is that Red’s sight was only set as far as the walls of his cell.  He was content, comfortable even, with the circumstances he had created for himself.  Andy was not.  He could still remember what it was like to be free, and he yearned for it. 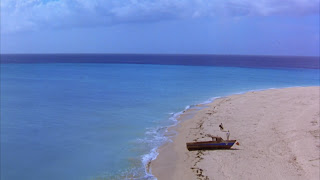 Both characters eventually arrive at the same destination, though the course they followed was different, and both eventually answered the question forced on them by Shawshank - they chose to get busy living.
Both Samantha and I have implored Julius to do the same.  We are stuck in a place where we aren’t sure if it is time to take him to the vet one last time, or if we should continue to hope for his typical Julius magic act.  We need him to answer the question for us.  Is he busy living, or is he busy dying?  It would certainly help us by making our decision easier or irrelevant.
The Shawshank Redemption is such a powerful movie because, in a way, it forces the same question into our own lives.  Watching these men trapped in a prison, we can’t help but wonder if we are trapped as well.  While we don’t have the towering ramparts of Shawshank pressing down upon us, we have walls just the same.  Some of these walls we have allowed people to put up around us, while others we built ourselves.  Sometimes what appears to be a protective encasement is nothing more than a prison shell, trapping us within our own fears.
Andy and Red made their choices, choosing to acknowledge the reality of Shawshank Prison, and pursued their unique ways to defeat it.  Their paths were not the same, though the result was.  Each of us has to make the same choice as we go through our own lives, surrounded by our own walls.  Do we get busy living, or get busy dying?

8/22/11 addition- Julius must read my blog, because he gave us a pretty clear indication of how to proceed last night.  So, this morning, we brought Julius to the vet and hugged him until he passed from a life of pain and suffering. We will miss him very much.

I would love to make September a reader-focused month.  My plan is to build a series on your thoughts and ideas, focusing on issues you see in your daily experiences.  Email me your ideas and I will put together the September plan.
Thanks to everyone ahead of time!
Posted by Frank Chambers at 1:47 PM