The Wisdom to Know the Difference 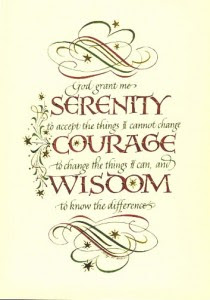 The last week I have written about two topics that might seem different, but are in fact related.  The first was about the difference between tolerance and acceptance.  American society seems to prefer a tolerance defined more as enduring that which is different until it succumbs and changes, rather than that of accepting something which is different, allowing it to be so.  The second topic was about the courage to change, either within yourself or in your experience.  Both changes have the potential to yield grand results.
This week, I would like to discuss the wisdom to know the difference.  Originally, my blog on tolerance began as a stand alone topic, something which about which I felt passionate.  As I wrote and performed some research, I stumbled across a quote with which I was familiar, but had forgotten.

Lord grant me the serenity to accept the things I cannot change,

the courage to change the things I can, and

the wisdom to know the difference. 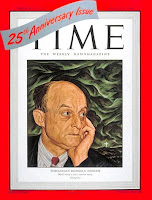 After reading over this prayer - known as the Serenity Prayer - frequently attributed incorrectly to St. Francis of Assisi, actually written by Reinhold Niebuhr, I decided to structure the next couple of topics from it’s inspiration.
The first line is a plea for pure tolerance.  Pure tolerance allows us to see an individual, an idea, a concept, for what it is, to know that it is different, and to allow it to be so.  Allowing our lives to be structured with this in mind will lead to peace and serenity.  No longer will you have to fight against the unknown and the unfamiliar, instead, through acceptance, life will flow along, allowing differences between ourselves and others to exist with unconditional acceptance and belonging.
The second line is another plea to find the courage to make alterations in our lives as necessary.  Change requires the expenditure of an immense amount of energy.  The larger the change, the longer our vigilance is required, preventing relapse.  Stepping forth into a changing mentality, be in individual or external, contains it’s difficulties.  From within, we fight comfort levels, we fight ego, we fight social pressures to conform.  Externally, we face opposition, sometimes manifest in violence.  Encountering these difficulties is constantly a part of changing; the experience can be grim, requiring extreme amounts of courage.
The final line from the prayer is the most profound - wisdom to know the difference.  Acceptance, when practiced incorrectly, can unfortunately distort into apathy.  The courage to change, when overzealous, can morph into a crusade against everything.  Neither of these promote promising states of existence. 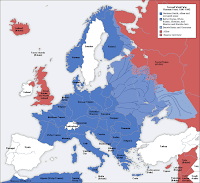 A good example of inappropriate acceptance would be Nazi Germany in the 1930s.  Before the German war machine reared it’s ugly head in 1939 with the invasion of Poland, world powers, the people of the world chose to accept the Third Reich for what it was, albeit with a tremendous sense of wariness.  They chose to accept that which they believed was threatening with the hope that the threat would diminish on its own.  It certainly did not, and the world suffered because of the apathy.  In a way the situation was ironic, the world was tolerating Nazi intolerance. 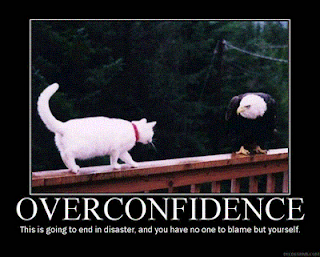 Overzealous change has manifested itself on a national level as well.  A more recent example of this, though not nearly on the same level as the Nazi example, would be the recent mid-term elections.  The Democrats, eager to dispense with what they saw as a national mandate for change after the 2008 elections, enacted their agenda without regard to the national pulse.  Despite suggestions from the polls regarding the feelings of large portions of our population about their policies, they chose to ignore the warnings, focusing instead on their success in 2008.  Their continued push resulted in a large portion of the country abandoning their party, returning power to the Republicans.  The Democrat overzealousness for change resulted in their historic demise in November.  My only hope is that now, both parties will see the writing on the wall and seek to serve the constituents in the best way possible.
Wisdom is the glue to holding both of the concepts - acceptance and change - together.  Without wisdom, neither can be enacted appropriately and to their best end.  Accepting apathetically and changing haphazardly can be disastrous; before either are chosen, the results must be contemplated.
Wisdom can be found in many places.  Some choose to seek the words of holy texts, or advice from those they trust.  Some rely simply on their own knowledge.  I encourage anyone in the position of choosing acceptance or change to pursue wisdom on both aspects.  If you are only ever seeking one opinion on any issue, then your view will only be one-sided, opening yourself to failure.  For example, when pursuing a decision on political policy, don’t just watch Fox News or MSNBC, watch both.  Read about it from people on both sides of the aisle and develop a learned opinion.

Before making a decision on how to react to any situation, knowledge and wisdom are necessary.  Ensure that your reactions are from a place of knowing.  In order to do this, you also have to make sure you know yourself.  You have to know where you stand on right and wrong.  You have to know whether you have a moral code, how that code was developed, and if you feel right about it.  Make sure your knowledge of yourself exceeds your knowledge of outside forces.  Wisdom extends internally, as well.
Niebuhr’s prayer is a mantra by which our lives should be lived.  Every action should be performed through a supreme wisdom with every consideration to the results.  Acceptance is healthy and powerful, change is enlightening and profound, but wisdom should drive them both.
Posted by Frank Chambers at 2:46 PM