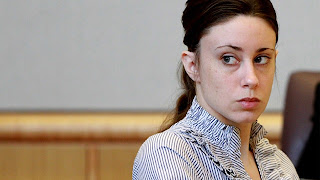 Casey Anthony.
This name has so much power in our country right now.  These five syllables have the ability to spur an armada of emotions in our population: hate, rage, anger, sadness, fury, loathing, pity.  People have addicted themselves to news surrounding the case and the trial, allowing this young woman and the circumstances of her life to envelop their own.  Allow me to be frank - I think it is disgusting.
Before you start direct your dark emotions reserved for Casey at me, allow me to plead my case.  The first mistake we have made is allowing both the news media and the cable TV industry to convince us that the Casey Anthony trial was entertainment.  Men and women all over the country eagerly awaited the next episode of the Casey Anthony show, filling the time in between with updates, breakdowns, legal strategists, and fact reviews.  It makes me think of Pavlov’s dogs who drooled every time he rang the bell.  Our society was drooling for more Casey Anthony.
Instead of this woman going through a trial, innocent until proven guilty, the audience sat on the edge of their couches, eager for the next bit of damning evidence.  The verdict was clear in their minds before the trial even began.  The Casey Anthony circus was a rude perversion of our judicial system - not because of anything that happened during the case - but because we allowed it to become Jersey Shore, The Hills, One Life to Live, and the most vile, impure elements of every reality TV show ever.
Just this week, a news story aired telling the tale of one such viewer deciding to take things into her own hands.  News outlets raced to tell the story - a woman was run off the road because she looked like Casey Anthony.  It went viral.  Later, it was quietly reported that the Casey Anthony element was fabricated by the news - there was never any mention of Casey Anthony be either of the women involved.  The news media took what was a simple car accident case and blew it up.  Why?  Ratings and advertising dollars.  They knew the entertainment value of the Casey Anthony name would attract people to their program regardless of whether or not the story was newsworthy.
Despite the story not containing any truth, I believe this is the eventual result of allowing our legal system to become entertainment.  People will feel it is their right to do what the jury could not.  Just so you know, vigilantism is not legal in the US.  Batman would be hunted by the police, not working with them. 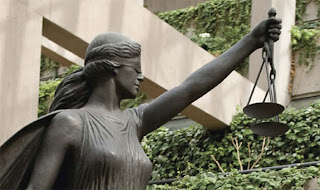 I did not watch the trial.  I did not read the updates.  I did not eagerly await each bit of information - what did Casey wear today, what faces did she make, what did the lawyers say, how did the judge react, etc.  Because of this, I didn’t have a real and visceral reaction to the reading of the verdict.  I hadn’t emotionally invested myself into the trial, balancing my wellbeing on whether or not the jury saw the facts of the case the same way I did.  I can tell you that I am glad the jury came out with the verdict they did - not because I think she is innocent or guilty - but because they approached the facts of the case as presented by the two opposing council and came to a unanimous decision regarding her guilt.  Innocent until proven guilty, not the other way around.
The reaction of the verdict has been amazing.  People get physically angry when they talk about it or think about it.  They find themselves brooding on the idiocy of the jury, or how Casey got away with murder.  Their energy is directed at what happens now.  They are focused on how karma is going to come back around and bite Casey Antony in the butt.  They hate her for the book deal she will get, or the made-for-TV movie that you know is inevitable.  They fantasize about finding her where ever she might go to hide now that she has been released.  They imagine how they can do what the jury couldn’t. 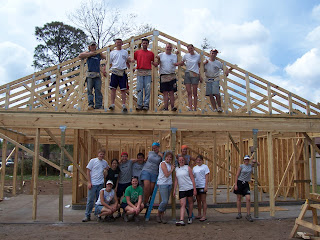 The amount of emotional energy our country has expended on this one issue has been ridiculous.  Imagine if we had turned our focus to something that mattered.  What if we had spent the equivalent amount of time building homes for Habitat for Humanity, volunteering for local homeless shelters, or collecting food for our local food bank.  Instead of raging at the jury or Casey, could we devote some time to finding a solution to bad parenting, maybe educating young mothers on how to better raise their children, or helping them to understand that adoption is a better option than abandonment, accidental death, or murder?
What if it was even more simple than that.  Instead of focusing on elements way outside your circle of influence, how about reading a book, exercising, fixing up your house, having a conversation with friends and family (not about Casey Anthony), meditating, writing a blog . . . The list of better things to spend time on than watching the Casey Anthony trial is quite large and practically infinite.

Finally, while I am saddened at the death of Caylee Anthony in a detached sort of way, I am more saddened by this statistic - in 2008, the year of Caylee’s death, 8.8 million children under the age of 5 died worldwide.  This is the epidemic we should concern ourselves with.  I don’t hear anyone discussing how we could have prevented the deaths of the other children, or how we will seek vengeance for their deaths.  I promise you will have a much grander impact on humanity and this planet if you shift your focus from Casey Anthony and what she might or might not have done to something productive.  Focus on the 8.8 million children and how they died - sickness and hunger.  Help bring nutrition, medicine, and education to those who need it, and you could help save the lives of many children.  Focus on the ones who are living and not the ones who are already dead.
I urge you to let Casey Anthony go.  Let her life be her own, she is not worth your time.  Find a better way to exert yourself and spend your time.  I am sure you will find it much more rewarding.
Posted by Frank Chambers at 11:59 AM