Up on the Rooftop 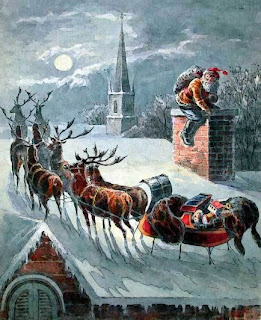 The spirit of the Christmas season engenders a vast range of emotions.  Excitement blooms as trees claim their traditional places, anticipation for Christmas morning permeates the young and the old, anxiety festers at the state of the checkbook, melancholy lingers for those Christmases past.  Odd as it is, just yesterday the Christmas season delivered a new, unfamiliar emotion to me - fear.
I am not normally a fearful person, regardless of the season.  I work to keep an even keel, avoiding situations that might encourage a fear response, staying centered emotionally when presented with a fear inducing problem.  Fear is such a negative emotion, I avoid inviting it into my life.  In fact, I actively pursue the opposites of fear - calm certainty, joyful appreciation, loving anticipation of the uncertain.  In my experience, these are much better approaches to living life. 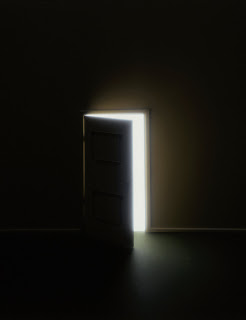 Most fear responses seem to come from the unknown and uncertain.  Fans of scary movies would tell you that the fear response is created in the audience by not knowing what is behind the glowing door.  As soon as the door opens and the monster is revealed, the emotion shifts from fear to something closer to fright.

Our imaginations are creative powerhouses.  They have built this amazing world in which we live.  But, along with the our creative inventiveness comes the specter of the unknown.  What lies behind the door gives rise to terrifyingly creative answers, most which are profoundly more fear generating than whatever CGI inspired creature inevitably shows up.

My fear response did not have to do with scary movies or real life hauntings.  In fact, as mentioned before, I encountered fear while participating in a pillar of the Christmas season - hanging lights on my roof.

In the five Christmas seasons since Samantha and I moved into our house, I have hung the lights once before, two years ago.  This year, I followed the same process as before.  I used an eight foot ladder to reach the lip of the roof, climbing carefully over the gutter.  Once on the roof, I laid the lights down and reviewed the plan.  While I am sure we do not have the steepest roof ever built, it certainly felt steeper than the last time I was up there.  I quickly, but safely, climbed to the first peak and took a seat, surveying the neighborhood.  After enjoying the cool breeze for a few minutes (it was 82 degrees outside), I began scouting the roof.

My memory of being on the roof before has me scurrying all over the place with full confidence in my safety.  I scrambled up to the peaks, crab walked down to the edges of the roof unreachable by ladder, and was generally unconcerned.  This time, this was not the case.  After slipping and sliding to the second peak, I sat there for quite some time.  In my mind, I was trying to convince myself that I was taking my time to formulate a plan for hanging the lights.

In reality, I was too scared to move.

My feet had been sliding more than I remembered and my shoes didn’t seem to have the right grip.  The drop to the ground seemed further.  The angle of the roof seemed more steep.  Nothing seemed to feel right. 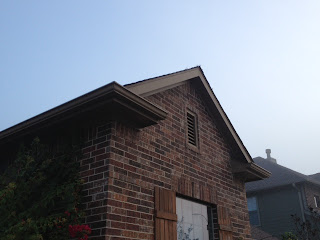 So, I did what any man would do.  I sucked it up.  Well, for a moment, anyway.  I slid out to the front-most peak, straddling the point, and hung some light holders underneath the shingles.  I wasn’t quite shaking, but I was definitely not comfortable.  After retreating back to the safety of the center of the roof, I looked around again, weighing my options, telling myself I wasn’t going to give up.  I slid my way back to the ladder and climbed down, defeated.

Feeling fear in this way was unfamiliar and it made me ask some questions to which I am not sure I knows the answers.  Was it fear or intuition?  What is the difference between fear and intuition?  Are they related?

I am a big believer in following your intuition, and there is definitely a part of me that says intuition played a large part in getting off the roof, but I have to wonder, can irrational fear influence the perception of an intuitive response?  I think so.  I think it is important to make sure we know the difference between the two responses and how they relate to each other.  Unfortunately, that takes practice encountering fear, which is not something I am interested in pursuing. 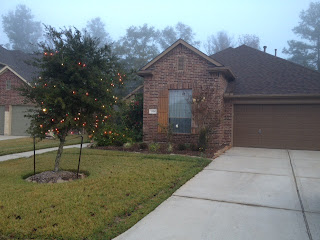 Either way, whether intuition, simply fear, or some hybrid of the two, the oak tree and the bushes in front of my house now look quite festive.