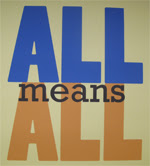 Conroe ISD, my employer, has a motto - All Means All.  Our superintendent wants to make sure the community, the county, the state, and the nation recognize that CISD is concerned about every one of our students.  We don’t dismiss kids because their behavior is less than perfect, nor do we leave anyone out because their efforts did not earn the test scores we needed.  All Means All is very simple and needs no explanation. 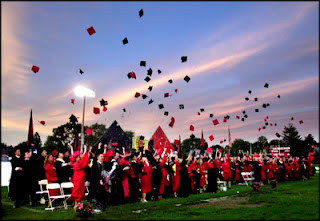 On our campus we see the evidence of our motto in the efforts of the teaching staff, the administration, the paraprofessionals, and the support staff.  While we are all humans, and breakdowns do occur, the goal to reach all children is ever present.  In the band classes we even use the motto to remind the students that in Conroe, we play all the notes, and All Means All. 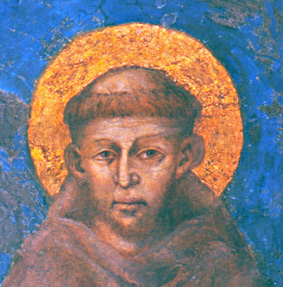 I attempt to model my life on those masters of the human experience who have come before us.  History is rife with individuals who have approached others with unconditional love.  One person I particularly connect with is St. Francis of Assisi.  Francis was the son of a wealthy merchant who felt a calling to God.  He abandoned his fortunes to lead a life of service to others, preaching everywhere he went.  Legend has it that Francis even preached to the birds and animals of the forest.
One particular story about Francis that has stuck with me coincides with the idea of All Means All.  During the 13th century, lepers were regarded as outcasts, shunned from civilization for fear of contamination.  The skin diseases incorporated into the generic term leprosy were deadly and without cure.  Lepers were required to wear a bell on their person, to ring as they moved, warning people of their approach.  Francis, in all his holiness, was deathly afraid of lepers.  He knew it was a fear he must overcome if he was to live his live as he wanted, but the sight of a leper froze him in his tracks.

The story tells us that during his travels, Francis encountered a leper.  His first inclination was to flee, but he chose instead to remain, resolute in his decision to serve.  He approached the man, shoving his fear to the side.  Deciding once and all to overcome his greatest aversion, he gave the man money for alms and then proceeded to grab him and kiss him as one would kiss a brother.  The legend then tells us the man disappears, leaving Francis with only the feeling of peace for overcoming his fear and loving all men the same.  For Francis, this experience was an All Means All moment. 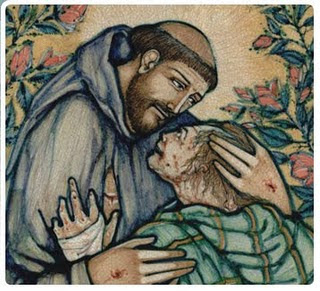 Yesterday, I had a brief experience that reflects this story.  I was walking to a corner store to get a water and was engaged in conversation with a man walking the same direction.  He was unwashed, wearing unkempt clothing, using speech that marked him as uneducated.  My desire was to walk faster, separating the two of us, preventing him from addressing me.  After I answered his questions as briefly as possible, I sped up, moving away.
Immediately, I realized what I was doing.  I reflected on the people after whom I model my life, wondering how they would have approached the situation.  I know it would have been different, more loving, than my own reaction.  I resolved that I would do better if I encountered a similar opportunity.  The universe soon provided one.
A few minutes later, the man caught up to me, prompting more conversation.  My answers were longer, more connected and less designed to shun stop the conversation.  After a brief exchange, we parted, wishing each other a good day.
I purchased my water, feeling better for my attempt, but not yet satisfied.  I had still cringed slightly at his approach, I was still judgmental about the type of person he was based on his appearance, and I still preferred not to speak with him.  My efforts the second time around were more true to my spirit, though, even if I have a ways to go to achieve my goal.  I recognize that to succeed, I need to know that All Means All, in every aspect of my life.
Posted by Frank Chambers at 10:35 AM