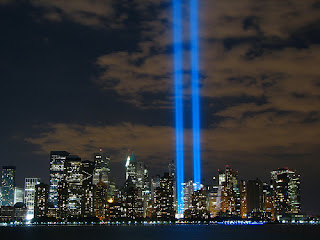 Today’s blog is hard to write.  September 11 means so much to so many, and the unique way it touches each of us makes it hard to explain to others.  Just thinking about the people involved that day makes the feelings swirl around inside, unsure of direction.  I am sure you understand how I feel.
The morning of September 11, 2001, I was at home, asleep in bed, when my phone rang.  My girlfriend at the time was calling, telling me to turn on the television, that a plane had accidentally struck one of the towers of the world trade center.  I got up and moved to the living room in time to see the second plane hit, waking up to the realization that we were under attack.  The rest of the day, I sat on my couch, glued to the screen, eager to know more.  I didn’t know anyone in New York, but my Grandpa lived in DC, so I called around to make sure he was ok - which he was.  One of my friends turned twenty that day; I never forget his birthday. 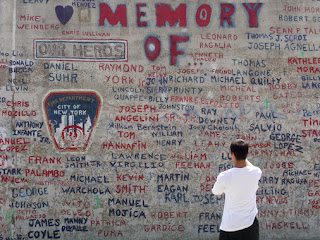 Over the decade since the attacks, we have all had many opportunities to consider the events of that morning.  Personally, I am less struck by the sheer numbers that perished that morning than I am the choices many of them made that lead to their deaths.  This impression is what drives the most significant emotion I feel through the last ten years of memories - hope.
Why hope?
There have been many times I have asked myself the same question.  Why not any other emotion that would make just as much sense - anger, fear, rage, hate?  Certainly, many people would say that I would be perfectly justified to feel negative emotions, and I would agree that the circumstances surrounding 9/11 would suggest them, but I am glad the emotion to surface from the maelstrom of feelings inside is hope. 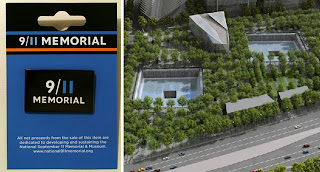 Hope is an emotion that drives us towards the future.  It is a feeling generated by our positive opinion of those around us.  Hope pulls us forward and lifts us up.  Hope generates faith.
But, let’s talk about the others - anger, fear, rage, and hate.  The attacks were carried out by men who felt these feelings, were in fact driven by them.  Anger, fear, rage, and hate are emotions which soak in, envelop you, and become your reason for living.  These men were comfortable with the idea of killing innocents because of anger, fear, rage, and hate.  Had I emerged from September 11 with these feelings rooted in my own heart, I would have a future no brighter than that of Mohammad Atta. 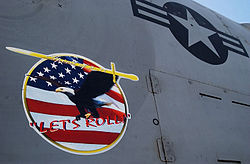 For an event so surrounded by violence, I find it amazing that I can pull hope from amidst all the negatives.  My hope is summed up in two words - “Let’s roll.”  These were the last words heard from Flight 93 passenger Todd Beamer as the passengers on that plane revolted against their captors.  His words summed up both the character of America and the human drive to make the hard decision.
Personally, I am amazed at the decision to sacrifice for the greater good.  It is this decision that gives me the most heartache and the most hope.  The passengers of Flight 93 choose to sacrifice their own lives to protect others.  I have immense respect for their decision and tears come to my eyes anytime I think about it. 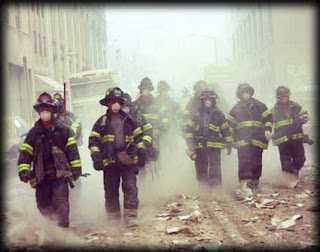 In the same spirit, New York City Rescue workers made the same choice.  As they rushed to the scene of the World Trade Center, the possibility of further attacks still existed.  Any one of them could have turned back at any point, making the choice not to go into harm’s way.  But they didn’t.  They kept going, knowing that their efforts could be the difference between life and death for thousands.  Many of them gave their lives in the effort.
The hope I feel is for the future of America and for the future of mankind.  The decisions to sacrifice personal safety, and ultimately their lives, demonstrates the intrinsic human ability to do what is right in the face of extreme danger.  I know we all have this ability in our hearts.  While we might not be faced with such dire circumstances as each of these heroes, we still are challenged daily by decisions that share the same basic question - do I put the benefit of others in front of myself?
How many daily opportunities do you have to help someone else, but don’t?  I know there are many times every day that I choose not to help someone else in need.  The universe provides us with frequent opportunities, whether it is holding the door for someone, helping them pick up something they dropped, giving a smile to brighten a day.  While these actions are tiny compared to those of the 9/11 heroes, they are a beginning; they are seeds that can grow.  Eventually, our actions can take on more meaning and have more significant impact.
The hope instilled in me through the sacrifices of September 11, 2001 reveals that we are able to put the welfare of others in front of our own interests.  I have faith we as a nation and as a species can live the same principals our Heroes have exhibited in our daily lives, whether our circumstances are mundane or extraordinary.
Posted by Frank Chambers at 10:50 AM