I worked with some orchestra students today, the cellos from the top orchestra.  Their UIL contest is approaching and they were experiencing some extreme tuning issues.  I brought out the bassoon and we went to town, playing chunks of the music first locating large problem areas, then shrinking the scope of our focus into bite size morsels. 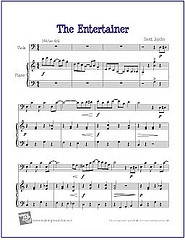 I discovered that their practice is inconsistent.  When they do practice, they generally begin at the top of the piece, play to the end, jump back to the beginning and do it all again.  Some of the students mentioned isolating errors and focusing on them, but most of the time, their practice mainly consists of run-throughs.
I asked them if they had ever heard the old adage, “practice makes perfect.”  They all nodded, looking at me as if I was dumb.  I could see their thoughts behind the mask of their faces - “come on man, who hasn’t heard that phrase.”  I smiled; I had them trapped.  I love the teaching moments when I have the opportunity to deliver some little tidbit of information the student thinks they know and proceed to turn it on it’s head.  This was one such opportunity.
“Its a lie,” I stated, quite plainly.
They just looked at me, blandly.  They weren’t quite waiting for more, there was no wild hooting and hollering like some of my band kids (orchestra kids are just a little different than band kids), they just sat there looking at me with a look that seemed to imply, “And?”  So I went on.
“Practice doesn’t make perfect,” I told them.  “Practice makes permanent.  Perfect practice makes perfect.”
They nodded, kindly accepting the wisdom of the ages without challenge it.  I could really see some of them working it over in their mind, as if they were chewing on a particularly tough piece of toffee.  We talked about the concept for a few minutes, then continued to get better.
The point I was stressing was that practice is wasted if it isn’t structured, organized, and focused on solving problems.  If they only practice their music with consistent repetitiveness, they are only cementing their consistent mistakes into their muscle memory.  Their muscles, through repetition, will adopt that particular pattern, right or wrong, and recreate it whenever they choose to access that particular pattern.
With this particular passage, they were not placing their fingers on exactly the right part of the string, creating tuning problems.  They had each practiced the music, working until they knew the notes and rhythms, but they had never isolated the section and identified what they could do better.  By the time we had our rehearsal, they had programed their fingers to play it the same way every time - they had made it permanent.  Worse, they had programmed their ears and brain to accept what they heard, even though it was not in tune, because it was what they were used to.  When we isolated the passage, exposing the poor tuning, they instantly recognized that something was wrong.  We worked on fixing it, discussing ways to identify and isolate in their home practice. 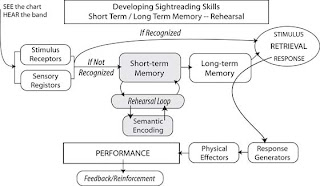 The same thing happens with my band kids.  Recently, we have been working on sight reading.  I have been writing four passages a day, introducing them to the traps they will find in the sight reading material at contest.  They are allowed a limited time to look through the music before we play it.  One of the traps I program into the music involves establishing a repetitive rhythm, then changing it suddenly, structuring it in a slightly different way.  The band has to identify the trap without letting their muscles take charge.  If they do, they will repeat the pattern they have already established in the music instead of switching to the new rhythm. 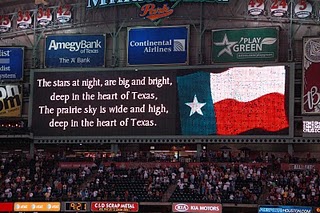 The human body and mind has such an amazing capacity to analyze and recreate patterns.  Our entire life is constructed of a complex matrix of patterns adopted into our behavior.  We are programed to do certain things at certain times based on certain stimulus.  If you were in a room full of people and someone hollered out “The stars at night are big and bright,” how many people in that room will clap four times to finish the phrase?
The same thing happens with every encounter during our day.  If someone comes at you in anger, your response is almost 100% predetermined based on your experiences behavioral patterns.  The same happens if someone smiles, laughs, or cries.
Does this mean that we are so programmed that we have no chance at altering behaviors we find undesirable?  No.  But it is difficult.  First, you have to be aware.  You have to know the behavior, you have to know the trigger, you have to know what to do to prevent or alter your behavior, moving towards the desired outcome.  Too often, people say they want to change, but they are like the cellos I worked with today.  They have become so used to doing the same thing over and over again, they have no idea when they fall into the same repetitive patterns. 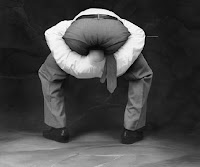 Introspection is terribly difficult.  Standing in front of the metaphorical mirror and looking deep into who you are will definitely reveal elements of yourself preferably left alone.  Rooting out these cancers and extinguishing their behaviors will lead to a happier life.  Keep at it until you have achieved your desired goal.  Remember, practice makes permanent, but perfect practice makes perfect.
Posted by Frank Chambers at 8:56 PM