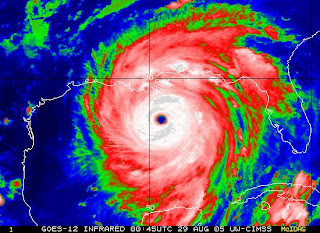 Nature has an interesting way of reinventing itself.  Through the violently powerful hurricane, nature clears away all that is weak, freeing the way for the young and strong to rise.  To drive through Louisiana and Mississippi along Interstate 10 is to pay witness to both the destructive and the creative power of Hurricane Katrina.  While evidence of the storm’s damage still remains - fallen trees, broken buildings, empty lots - so too can the thrust of new growth be seen.  Young trees reach for the sky amongst the broken trunks of their older, weaker brethren.  Alongside nature, the human element rebuilds  stronger than before.  Such is the dualistic power of nature.
Our nation has gone through a hurricane of sorts during the last few years.  As the economy tanked, business closed, people lost their jobs, pensions evaporated.  Uniformly, our leaders asked us to gird ourselves for the worse, promising that a new day was coming.  We hunkered down and weathered the storm, many losing everything they had worked to build.  As promised, the economy has begun to recover, job creation has restarted, the stock market is rebounding, people are starting to spend again. 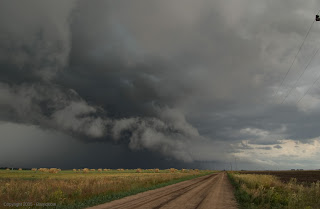 For many teachers in Texas the real storm is just beginning.  Over the past few years, our school districts have worked to stave off the worse, trimming budgets and preparing for a reduction in their funding, hoping deficit predictions were overzealous.  Unfortunately, the damage inflicted to our state economies during the recent recession has finally trickled down to the local level.
Texas faces a budget deficit in the tens of billions of dollars, the only solution is to cut.  Education is projected to receive anywhere between five and ten billion dollars less this coming fiscal year than during the previous year.  No matter how you spin it, that is a lot of money.
Let me express this in a different way.  The average teacher in Texas earns around $50,000 a year.  If we use the smaller budget gap - $5,000,000,000 - and the only people laid off in education are teachers, then 100,000 teachers will lose their jobs this year.  Amazing, huh.
This number is not incredibly accurate, though.  I imagine you are thinking something along the lines of “thank God.”  Well, don’t do that just yet.  Here is why.  Most districts, when appraising who they need to let go to help balance their reduced budgets, look first at teachers on Probationary Contracts.  These are the new teachers, the fresh faces, the young energy.  These are the teachers deemed most expendable by school districts.  These teachers do not make $50,000 per year.  My district pays pretty well and the starting salary is $46,000; there are many districts who pay less.  If they reduce just probationary contracts, the number will be higher. 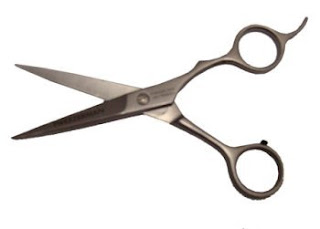 Additionally, most districts are cutting the number of para-professionals on campuses.  These would be your campus workers, the people who make the schools run.  As one administrator recently told me - you can’t operate a hospital with just doctors.  The same goes for teachers and administrators; campuses will not work without them.  Most para-professionals earn around $20,000 per year for their hard work.
The political response in Austin to the lay-offs is that they are not the ones who are laying off teachers.  That, they say, is the responsibility of the districts.  While this statement is true, they are not actually laying anyone off, they are attempting to budget the funds they are given, their claim that districts are top heavy seems to fall on deaf ears.  Austin suggest that districts reduce their highest paid employees - principals and central administrators.  While many superintendents make well above $100,000 per year, only reducing the number of administrators will not make the budgets work.
If we were to travel the extremes and only cut one group - para-professionals, teachers, or administrators - and use the number $100,000 as the average administrator pay, we would still be losing between 50,000 (administrators) and 250,000 (paras) in the state.  Education in Texas will not be the same for the next few years.
Samantha and I recently shared a sad laugh as we drove through Pasadena, TX.  Along the freeway was a billboard encouraging professionals to leave their jobs and enter the teaching market.  We certainly feel for anyone who has done that over the last few years and is now facing the axe because they wanted to contribute to the lives of young people.
This hurricane racing through Texas education is upside down in a way.  The people who are in the storm’s path are the young, the strong, those who bring fresh ideas and energy to the table.  This particular tempest fails to remove the weak teachers whose only saving grace is that they have worked with their particular district for more than a few years.  While nature over the past few years has received a rebirth, Texas education will not through this method of cuts. 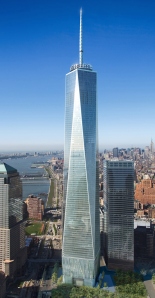 The lesson we can take from our current situation remains the same as that of the hurricane.  No matter the circumstances, any opportunity the universe presents to rebuild should be welcome.  If there is one things humans do well, it is survive.  Our quality of life might take a hit, our comfort level might diminish, but we will move forward.  It is how we deal with it that matters.  Perhaps the universe has deigned this time as an perfect opportunity for those who are losing their jobs to pursue something that might fit them better.  For many, that choice was not made voluntarily, but my hope is that they step into the seeming void the universe has presented to them with courage and hope, resting in the knowledge that this ultimately will be for the best.  Just as Louisiana and Mississippi have done, they will rebuild.
Posted by Frank Chambers at 8:19 PM