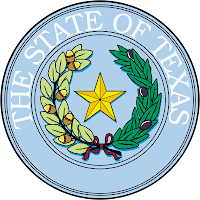 First off, I would like to qualify all of my blogs discussing the state of Texas education funding by saying that I am not losing my job, none of the teachers I work with are losing their jobs, and as far as I can tell, I have not been given a pay reduction (probably won’t find that out until right before the school year begins anyway).  So, that being said, the recent events in the state have not impacted my life directly.
This week school districts in the Houston area began to deliver news to teachers who would be losing their jobs.  As I said in my last blog, most of those teachers were new or younger teachers, fresh out of college or the ACP, eager to jump in and change the lives of young people.  As the stories rolled in of who lost jobs and who didn’t, people held their breath.  Facebook was rife with status updates ranging from a simple “thank god” to more explicit commentary directed at our Governor and the state legislatures.  People are hurting.
I heard stories of administrators taking a classy approach.  In one school, the principal called every teacher down to the office at some point, informing them if they had a job or not.  While it made everyone sweat a little, it provided an environment where no one was singled out, no one was made to feel a fool as they made their trek to the main office, certain of the outcome.  These principals handed out a little celebration in addition to disappointment as they were able to let teachers know they still had their jobs.
Other campuses took a little more abrasive approach, singling out teachers who were to be let go.  These teachers were called down to the main office, each slow, shuffling step bringing them closer to the inevitable.  After having the news delivered, they were sent back to their classrooms, expected to continue teaching their students for the remainder of the day.

The worse situation I heard of was an actual classroom visit.  The administrator in charge of letting this particular teacher go made the trek down to the band hall during that teacher’s rehearsal.  They pulled him into the hall, let him know his position was being eliminated, and sent him back to his rehearsal.  Knowing UIL Concert and Sight Reading contest was that week, he powered through his pain, nobly continuing to improve the music for the kids.  The kids knew, though.  How could they not?
The amazing part of this last story is what happened later.  At the UIL contest, the school community demonstrated their appreciation for this young teacher (who was not a first year teacher).  Over 100 parents came to support their students and this teacher during their performance.  At the completion of the Sight Reading portion of the contest, after the band had played their last note, the parents applauded.  They stood, giving the group a standing ovation.  Then the kids began to applaud.  Then the judges.  No longer were they just applauding the performance, but this teacher’s dedication to his students.  Needless to say, the young teacher was overwhelmed.  The applause continued for quite some time, thanking him for what he had given to their community in the few short years he had been teaching.
I am sure stories like this are popping up over the state.  Students and parents who appreciate what teachers have done for them are beginning to show it.  They are starting to feel the realization that this is for real.  In Katy ISD, on the west side of Houston, the students organized a protest during school on Thursday and Friday.  Throughout the district there was a coordinated walk out from classes, students were pulling the fire alarm in protest of teacher lay-offs, and students staged real life protests equipped with signs and cheers.
At one of the schools, the principal made a series of announcements to the student population letting them know that it was not their fault that the teachers were being laid off.  They felt the same pain the teacher did when they told them they did not have a job any longer, except they had to do it multiple times during the day.  One campus in Spring ISD let go of 33 teachers.  Could you imagine having being the person to fire 33 people in one day?  Another upper level administrator said his district held a budget meeting to try to save jobs.  He said he felt like a stock broker, but except for trading commodities and financials, he was trading people and their livelihood, working to save as many jobs as possible.
Part of me wonders if district officials across the state realize that our state government does not seem to be listening to teachers, administrators, or their representatives.  Maybe they have figured out that the only people Austin politicians will listen to is the voters.  What kind of parent is ok with their kid coming home from school and telling them that their favorite teacher was let go? Maybe it was their band director, the NHS sponsor, their favorite coach, their AP, their counselor, the secretary they bonded with the most, the Teacher of the Year, or any number of others.  The impact on the kids is tangible - parents will have to listen.
Maybe now parents will organize to protect their kids’ education in a way teachers have not been able to .  Certainly the kids in Katy ISD managed to start something.  Wouldn’t it be crazy if every student at every campus in every district in the state staged a walk out at the same time.  Wouldn’t it mean so much more to the state if it happened during the state mandated TAKS testing the last week in April.  Could you imagine if, instead of showing up to sit in a classroom and take a ridiculous test for four hours, four days in a row, every student stood around the campus, holding hands in a silent protest against the destruction of their future?
I would applaud that.  In fact, I would give that a standing ovation.
Posted by Frank Chambers at 10:17 AM