In 2009, I read an article on American holiday eating habits.  The article highlighted the result of a study suggesting that every year, between Thanksgiving and Christmas, Americans gain an average of five pounds.  During the course of January through November, they retain the weight, adding on to it during the course of the next holidays.
When I read this, I thought back to my last “best” weight, which was in 2004.  I had just returned from London, only weighing 168 pounds after four months of consistent, extreme, cardio workouts as part of my job performing on stage.  I had been a regular in the gym, working with weights and riding the bike, and was in great physical condition, albeit a little too skinny.  In the 5 years that had passed, I attended the gym much less frequently, had changed to a career that was more sedentary, and was generally less concerned with what I put in my body. 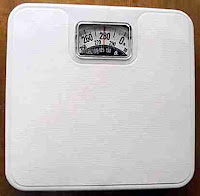 After I read the article, I got on the scale, certain the facts were wrong.  After looking at the numbers, I knew it was correct.  In the five years between 2004-2009, I had gained exactly five pounds per year and weighed 193.  I am not ashamed to say that I freaked a little bit.
Since then, I have dieted, traded off between exercising and not, made many promises about finding a gym, and ridden the weight-loss roller coaster familiar to many Americans.  I have been as high as 198, never hitting the 200 mark, been as low as 175, but never achieving the goal weight of 170.  Recently, I was excited to discover that in the few weeks after I quit eating meat again, I lost five pounds.  I have gained them back. 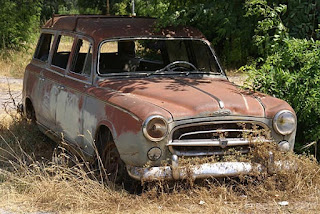 As frustrating as the process has been for me, I can’t imagine how frustrating it has been for my body.  Imagine if I treated my car the same way.  For a couple of weeks I put in the best gasoline I can find, making sure it is free from impurities.  I drive it gently, only traveling at optimum speeds, and I make sure that I keep it maintained.  Then, after treating it so well, I decided to start mixing things into the fuel that I know will clog the engine, I avoid the oil changes, don’t rotate the tires, don’t change the air filter, drive excessive speeds over rough terrain, and treat it terribly.  How do you think my car will perform?
This is how I have treated my body.  Amazingly, it hasn’t quit on me.  The human body is  quite hardy, it will tolerate an immense amount of stress and abuse.  Eventually, though, something will give out - heart, liver, kidneys, muscles, bones, joints, etc.  All will be the result of bad choices over the years.
I have had back pain lately.  For awhile I tried to blame it on the way I was sleeping, but I have now allowed myself to confront the fact that this was an easy excuse, something I wouldn’t have to blame myself for.  The truth of the matter lies in my posture.  I generally sit with my shoulders sloping forward, my back in a concave curve.  This is not laziness, or a feigned effort at comfort, it is because of two reasons:
My back pain is the result of decisions I have made over the past five years.  I now constantly remind myself to support my weight with my abs, sitting up tall - it is hard sometimes. 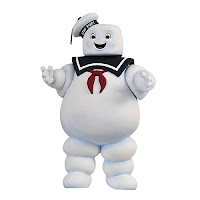 Standing in front of the mirror, I can see the hint of the shape I used to have.  I am by no means obese, nor do I try to blow my size out of proportion, but there is definitely much more fat, much more soft, gentle curving, than there used to be.  I know what I can look like, and it frustrates me that I have let it come to this.
I have set a deadline for myself - May 14.  This is six weeks away, far enough ahead that I can lose an average of two healthy pounds a week through diet.  This would put me at 172 (after today’s weight of 184).  While this will reduce the fat-wrap I have so uncourteously draped over my skeleton, it will not necessarily do anything about the health of my heart and the state of my muscles.  I will also be doing some sort of consistent exercise three times a week for at least thirty minutes.  No longer will I replace authentic exercise with fake exercise.  I won’t count mowing, cleaning the house, trimming the roses, conducting a long rehearsal, playing my bassoon, or any other thing as exercise.  If I am not sweating, my heart beating between 132-160 times per minute, and my blood flowing, then it does not count.
Why May 14?  Well, the answer is quite superficial.  High school students can be extremely judgmental, whether they mean to or not, and I will be taking a group of my band students and their parents to Schlitterbahn in Galveston that day.  My efforts this will determine if I will be one of three types of people you see at waterparks - the fully clothed, non-participant types, the people that wear their t-shirt while in the water, or the unashamed, happy with what they look like. 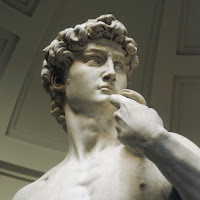 Which one will I be?  The next few weeks will see.  After May 14, I will keep working.  I feel like Michaelangelo when he was asked about the statue of David.  His response was that David was inside of the marble, waiting to be released.  Well, I am hiding underneath all this fat as well, it is time I let myself out.
Posted by Frank Chambers at 10:19 AM