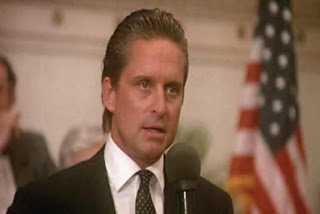 Greed is good.  These are the famous words spoken by Gordon Gekko, Michael Douglas’ character from the movies Wall Street, and Wall Street: Money Never Sleeps.  Gekko is a stock trader, driven by the investment game, always on the prowl for the trade that will make him more wealthy and famous.  For Gekko, greed is the driving factor.  He is owned by both his material possessions and by the opinions others have of him.  Without them, he is nothing.
For many of us, greed seems like a game only the wealthy can play.  We associate greed with only the wealthy, refraining to consider that we ourselves could be greedy.  In my last blog - Aiming Higher - I discussed the drives that push each of us.  I used myself, my wife, and a local school as  examples of people who were striving towards success.  Do we live up to the Gordon Gekko model?  Are we greedy? 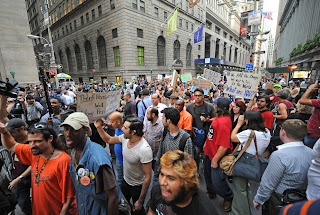 First, lets analyze what greed is.  Webster defines greed as a selfish and excessive desire for more of something than is needed.  This definition seems to be extremely broad considering the way greed is bandied about today.  Typically we associate greed with money and power.  The current Wall Street protest #OccupyWallStreet is centered around the idea that the powerful and wealthy are driving down our future through their hoarding of money.  If they were less concerned with their own wealth, then the future of the country and the global economy would be much brighter than it seems to be today.
Is this true?  Milton Friedman, a conservative economist from whom Reaganomics originated, has a well known youtube video in which he discusses greed on Phil Donahue’s show.

Friedman argues that all successful societies in the history of man have been centered around a free market economy fueled by greedy individuals.  Further, he declares that even in socialist and communist societies, greed still exists, though the market to exploit greedy drives is absent. 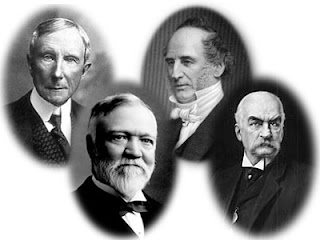 I agree with Mr. Friedman.  Greed is prevalent in all societies.  The brilliance of capitalism lies in society’s ability to harness the powers of greed to better the lives of its citizens.  The United States of America would not be where it is today without the shrewd businessmen of the past who have driven our industry and economy to the peak of human wealth.
Unfortunately, after every peak there is a descent (read The Long Ride to see how this applies to life in general).  There seems to be a point in a free market economy where the have’s seem to have it all.  We are not at that point yet, but the fact that 10% of our population owns 90% of our wealth would suggest that the United States is close.  Factor in the current economic conditions, news stories highlighting CEOs earning massive bonuses while losing their companies money, and the plight of the unemployed and poor, and it is easy to see why #OccupyWallStreet has its sights set on financial district of New York City.
Back to my examples from Aiming Higher.  I freely admitted that one of my goals as a drill writer and marching arranger is to make money.  I enjoy the work and appreciate seeing the work of my mind produced and carried out in real time, as well, but I love to get the checks in the mail.  Does this make me greedy?  I don’t think it does.
I believe that the drive to be successful is separate from the drives associated with greed.  The drive towards success can be corrupted and lead towards greed, but I do not think the two are intimately intertwined. 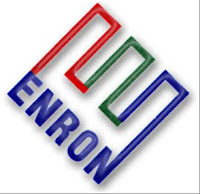 Where is the point where they separate and consideration of individual success becomes something negative?  To me, that point lies in the choice to pursue something that serves your interest at the acknowledged destruction of others.  Enron is one of the best modern examples of corporate greed.  The drive to succeed, which in this case was evidenced by a rising stock price, was corrupted into a drive to make money.  Executives fabricated earnings reports, causing the stock price to artificially inflate.  When the scheme was discovered, the stock collapsed, leaving those who had trusted their financial welfare to Enron’s stock value crushed.
Greed lies in the purpose, the intent behind the action.  Samantha is driven towards owning a successful Mary Kay business by the opportunities it affords her as an individual and a woman, and the financial opportunities it offers our family.  If she allows those drives to corrupt her integrity to the point where she is taking advantage of other people and consciously causing others harm for her own benefit, then her drive to succeed has become greedy.
The Oak Ridge High School Band (donate here) seeks funding to offer its students the opportunity to experience something unique in the Macy’s Parade.  If the director’s somehow had their only welfare in mind when applying for, accepting, and promoting the parade, then they could be called greedy.  But, as long as their motivations take into consideration the wellbeing of others, they are not.
Greed is less of an action and more of a mind set.  Gordon Gekko’s actions pushed past the edge of a reasonable drive towards success, leading him to believe that greed is good.  While I agree with him to a point, too much greed can be a very bad thing.
Posted by Frank Chambers at 9:39 PM