Save a Pretzel for the Gas Jets! 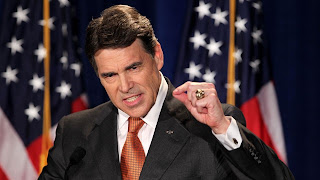 I am for Rick Perry.  That is right.  You did not misread the words.  I did not stutter.  I am supporting Rick Perry for the President of the United States of America.  Governor Good Hair has proven himself worthy, earning my vote for the 2012 General Election.
My position may come as a surprise to some of you as many of my previous blogs have railed against the Governor as being out of touch with education, preferring to favor the wants of his cronies before the needs of his constituents, and pursuing a type of government that supports those with power over those with the least.  I understand your confusion, after all, I have only recently come to the decision to support Mr. Perry myself. 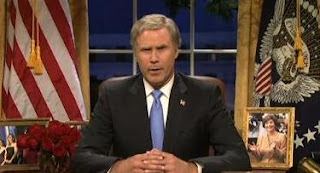 What changed my mind?  Let me lay it out for you.  This country is in a bad place.  We have definitely been far worse - the 1930s, the 1860s, the 1810s, the 1770s - but not by much.  This country is in need of something different, something Rick Perry has to offer that we haven’t seen since the likes of George W. Bush.  We need humor.  We need strategery.
What could be better than a country full of smiling Americans?  We would be the goodwill ambassadors to the world, spreading our cheer everywhere we go.
What recession?  We have laughter.  (nb: we are not currently in a recession)
What debt crisis?  We have joy.
High unemployment?  We are high on life!
Has the stock market got you down?  Angry about the conflict in Afghanistan?  Sick of hitting the pavement looking for a job?  Never fear.  With President Rick Perry, all of your cares and worries will vanish immediately.
Never has a country needed a pick me up like we do.  The Governor’s amazing ability to lend himself to parody and satire are perfect for the job.  Just check out his latest campaign video.

SAVE A PRETZEL FOR THE GAS JETS!!!!  I can get behind that.

In fact, I can get behind a President who favors Hot Yellow Kool-Aid.  Can’t you?  I’ll drink that Kool-aid! 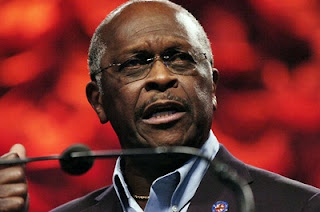 The Republican battle for the presidential nomination is exceedingly boring, save for Rick Perry.  Most of these people are way too serious.  I think it would be fun to have a president named Herman, but Cain looks like he gets paid by the frown.

If Michelle Bachman would turn to the camera every once in a while and make her famous crazy eyes, I might be more supportive, but she prefers the serious, motherly look.

Huntsman has some comedic value, but I am afraid he will either succumb to skin cancer or shrivel up like a raisin before the election. 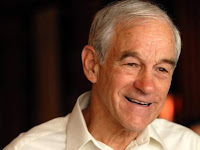 Besides, he kind of looks like Magneto from X-Men.  I don't know that I liked Magneto's politics either (although they are very similar, aren't they).

But, Rick Perry trumps it all.  Well, unless Trump jumps back into the race.  I can just see Trump’s speech after winning - “Barack Obama . . . You’re Fired!”  Speaking of Obama, there is a serious man.  The reason this country is sitting on the edge of a financial precipice right now has nothing to do with Washington politics or overreaching banking institutions, rather, President Obama is just too serious.
When Obama speaks, I am soothed, I am comforted by his tone.  I am lulled into a sense of peace.  Comfort?  Peace?  No thank you!  I want to laugh, smile, pat my friends on the back, and not be cajoled into false confidence in the future.  Even the attempts to parody Obama don’t live up to what Perry has to offer, and besides, Obama has a foul mouth.

Basically, what I am saying is that our country needs to head in a new direction, a direction dictated by a man whose intrinsic value is measured in his ability to produce laughter, not in his ability to adeptly answer questions posed to him during debates. 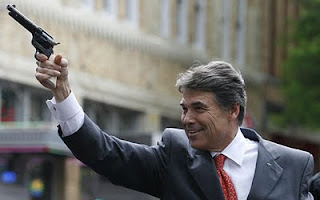 Rick Perry is that man.
Posted by Frank Chambers at 8:08 PM