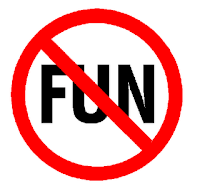 One of my private students complained to me this week that band was no longer fun. I listened to her, letting her blow off the steam she felt she couldn’t (or shouldn’t) share with her band directors.  She was on her soapbox for a long time, expressing her opinion buttressed by the thoughts of other students her age.  They, the juniors and seniors of her school, had decided that band simply was no longer fun.
Of course, at the end of her speech, she told me that she wouldn’t quit band, but that many others were thinking about it.  Why would they continue to pursue something the no longer considered fun?
I smiled at her, not necessarily because of how she felt, but because this was definitely not the first time that I had heard this speech. 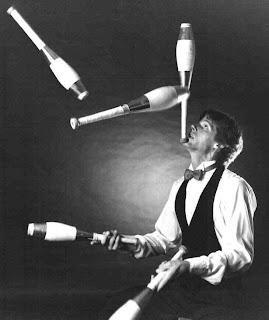 High school band directing is a job with many facets.  One of these is to constantly be an emotional juggler, placating the variable feelings the four grades of students in your program feel.  Allow me to break them down:
Each of these groups must be treated differently, otherwise the program risks alienating an entire class.  For my student, who is a junior, she is experiencing the same exact thing many of my juniors and seniors had experienced before.  For her, this was the sixth year in band, so the newness had faded.  All the experiences she had regarded as exciting were now expected and common-place.  She no longer found enjoyment in coming to band because she was now in the group required to set the example for the others, and the standard had risen, leading to frustration. 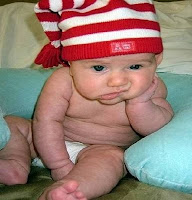 While I didn’t share this with her, I certainly have no concerns sharing it with you.  This is life.  Absent constant fluctuation, our lives run the risk of becoming mundane, pedantic, and boring.
Before writing today, I looked back on my own life, as I frequently do, looking for examples from which I could draw some conclusions.  Really, the only conclusion I could find provided an answer to why I hadn’t entirely felt this way until recently.
Growing up, school provided enough variety to keep me interested.  As the grades flew by, the activities in which I participated revolved - baseball, soccer, basketball, football, track, swimming - keeping me on my toes.  As I became involved with band, I experienced the undulating excitement Texas band offers - beginning band, concert band, high school marching band, contests, youth orchestra.  I kept my non-band life exciting by fluctuating my activities - working at Ci-Ci’s Pizza and Tom’s Ribs, German Club, Latin Club, Newspaper.  My four years of college were broken up with a variety of ensembles, music fraternity activities, and private lessons.  After college, I performed for two years before returning for my Masters.
I kept enough variety, unintentionally, to keep myself interested in what I was doing.  Until recently, the longest I had ever gone without a change in my life program was two years. 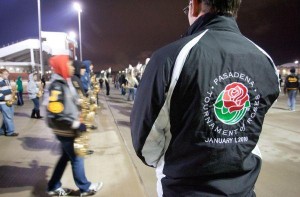 Then I taught band for five years.  This experience helped me understand, on a personal level, how these juniors and seniors felt.  Teaching band for me had become routine.  Just like with the junior and seniors, I had grown tired of the endless rotation of classes, the faculty meetings and standardized tests, the building of curriculum, the cycle of contest seasons.  Please don’t get me wrong, I was never tired of the students, nor was I ever tired of the music.  There was simply something I was not doing that might have altered my experience.
When I was teaching band, the head director always had the same response for the kids who would complain about the lack of fun, and it is one that I now see might have offered me a remedy.  He would simply look them in the face and tell them that nothing had changed except them, now it was time for them to make it fun.
Reflecting back, I can see how I was not doing that for myself.  I know many teachers who love their jobs, giving so much of themselves to their students, yet keeping their perspective new and invigorating.  They constantly reinvent their teaching or their programs, working to keep themselves from becoming bored in their chosen profession by the repetitive, cyclical nature of the occupation.
Any job, and for that matter, life itself, is the same way.  What you do with your time makes your life boring or not.  Sometimes you do need a change, but it may not be as drastic a change as you think.  For me, I am still in music education, I am just teaching on a more independent level.  For my student, she needs to quit attempting to live the same experience she had her first two years in high school band and find the fun she is missing.
I think all of us can take a lesson from this.  If band (or life) isn’t fun, it is because you are no longer making it fun.  So, instead of complaining about it, go out and do something about it.