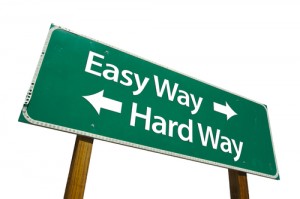 Every so often, we are presented with a situation in which we have to choose a course of action - take the easy way out, or do what is right.  Too often, human nature pushes is in the direction of doing nothing, seeing that the easy path is less stressful, less invasive, and ultimately just easier.  Doing the right thing is somehow a burden on ourselves.
The Bible addresses this human condition in the parable of the Good Samaritan.  After a Jew is beaten and left for dead, he is passed and ignored by two men who should have helped him, and is instead helped by a Samaritan - a people despised by the Jews.  This man took the more difficult path because it was the right thing to do, regardless of the difficulties.
Many times in our lives, we are given the same opportunity, and we are the men who pass by, ignoring the opportunity to help someone else. 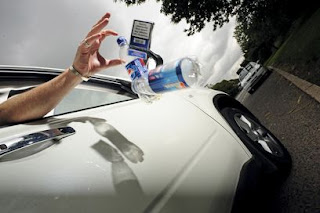 Think about it.  Have you ever walked down the street, seen someone litter, remarked about how shameful it is that they would just throw trash on the street, and then walked by the trash?  Ever passed by someone on the road whose car has broken down?  I imagine you can think back to an occasion or two when you have done the same thing or witnessed someone else do it.
Doing nothing is easier.
Ever since I was little, I knew the name Joe Paterno.  I was never a Nittany Lion fan, but I was aware of his greatness as a coach, a mentor, and a supporter of the athlete scholar.  In college football, Joe PA is a legend, a god hoisted into the pantheon of greats.  He put State College, PA on the map. 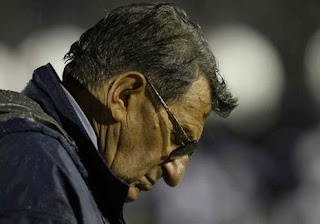 I am sure, in the months and years following the child rape scandal now dirtying his reputation as a moral behemoth, the public will be exposed to a plethora of assumptions, speculations, and eventually truths as to why Joe PA failed to pursue action in what would seem to be the most egregious violation of his moral facade.  Ultimately, while the question of why will be the one to make pundits, talking heads, magazines, publishers, and maybe Joe, PA himself, the most money, it really is quite simple - it was easier to do nothing.
The Grand Jury testimony paints a picture of Joe PA at least doing something, satisfying his legal obligation - he passed the buck.  His claim of not knowing the details surrounding the incident doesn’t change the fact that he knew of an incident where a man was seen in the shower performing inappropriate and illegal actions to a young boy.  His failure to pursue results upon upper administration taking no action, while not being illegal, certainly suggests the Penn State board of trustees firing of Joe PA was justified. 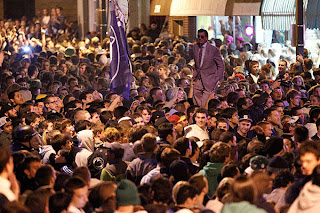 For everyone rushing to defend him, for all the students who eagerly rioted upon his firing, and for anyone associated with the program, the reality of the situation is simply this - through his inaction, he supported the rape and molestation of additional young boys.  I am going to assume (for the time being) that Joe PA did what too many American’s seem to do when presented with a situation in which they have the opportunity to do the right thing, but don’t - they ignore it.  Ignoring it is easier
As a teacher, I learned repeatedly, first from my college professors, and then from experience in the classroom, that an undesirable behavior, left alone, will cement itself into the habits of a person.  If you let a student speak out once in your rehearsal with no consequence, that student will continue to do so.  Extinguishing the behavior will grow in difficulty the longer the talking is allowed.

I am not suggesting that the circumstances surrounding Joe PA and Penn State are in any way on the same level of a student speaking out during a band rehearsal, but fundamentally, the issue is identical.  The grand jury report alleges that Sandusky has been molesting boys since the early nineties.  He was investigated as early as 1998, an investigation the coaching staff was fully aware of, as it forced Sandusky into retirement upon completion of the investigation.

So, in 2002, when Sandusky was seen raping a boy in the locker room by a grad assistant, and Joe Pa was then informed, and nothing was done, his behavior was again not extinguished when the opportunity to do so presented itself, essentially suggesting to Sandusky that his behavior was condoned by those who knew.
Look at the do nothing events surrounding the scandal.
These were all missed opportunities to extinguish a behavior that destroyed the lives of the boys involved. 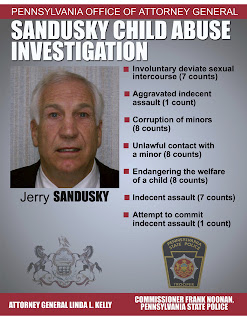 Finally, in 2008, when Sandusky was a volunteer coach for a public high school, a parent reported that he had been inappropriate with their child.  Sandusky was barred from the district and reported to the authorities.  These actions eventually led to the indictment on 40 counts.
How was it that Sandusky was allowed to go near a public school a decade after he had first been investigated?  Because of the do-nothing attitude of the people involved.  Doing nothing was easier than the trial of having to report what was seen, answering extensive questions, being involved in an investigation, etc.
Because of inaction, the rape and molestation of at least four more boys occurred between 1998 and 2008.  The pain and suffering they endured, the physical and mental damage inflicted on them by this sexual predator, is on the heads of the people who did nothing.  All they had to do was step up, call the police, and let the investigation take Sandusky out of the picture.
Unfortunately they didn’t.  Instead of acting in the interest of the boys, they did the same thing as the first two men to pass the Jew in the parable, they acted in the best interest of themselves.
After all, that is what taking the easy way is.
Posted by Frank Chambers at 9:43 AM