A Moment of Inspiration

I recently watched The King’s Speech and loved it.  Aside from the superb acting, the excellent writing, and the inspiring subject matter, I was impressed that Director Tom Hooper took the risk of programming classical music into the score, highlighting two pieces by Ludwig von Beethoven - the Second Movements from Symphony no. 7 and the “Emperor” Piano Concerto.  While I am a giant fan of modern film scoring, I was delighted to know that the people who have seen The King’s Speech have been exposed to a little bit of music history.

There is part of me that wonders how much thought was put into the selection of Beethoven as King George VI’s triumphal herald.  In a way, the two - King George VI and Beethoven - share a common thread: both over came debilitating handicaps to accomplish greatness. 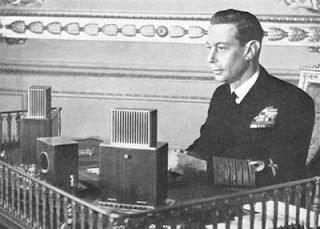 For King George VI, a lifelong stammer prevented him from speaking in public.  His attempts to treat the condition frequently met with failure, causing further stress to the future monarch.  Finally, he met a teacher who combined the appropriate set of skills with sheer determination to help the King minimize the impact his stammer had on his speeches.  The pinnacle of that progress, at least in the movie, is when King George  announces that Great Britain has entered World War II.  It is this speech that is accompanied by the pulsing, undulating melody of the Second Movement of Beethoven’s Seventh Symphony.

As many reviewers have noted, the selection of this particular movement was perfect for the scene.  It reflected the rhythm with which the King spoke, mimicking his breathy phrasing and his rhythmic articulation.  There is no doubt in my mind this scene cemented The King’s Speech capture of the Academy Award for Best Picture. 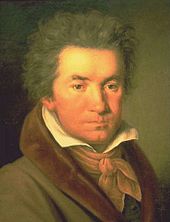 Beethoven, like King George VI, fought a disability directly related to his craft.  Where the King, occupying a position in which public speech is mandatory, continually fought a speech impediment, Beethoven suffered a condition that gradually rendered him deaf.  His Seventh Symphony premiered during a two year period in which his hearing went from poor to non-existent.  How Beethoven was able to compose something so gentle, subtle, and emotionally pulling, while barely being able to hear it himself is a miracle.  Beethoven continued to write many great works after he became fully deaf, the greatest and most well-known of these is his Ninth Symphony, in which he crafted the famous “Ode to Joy” melody.

Watching The King’s Speech, and later thinking about what both of these men had to overcome in their lives, made me consider my own petty excuses.  Does “I’m tired”, or “my stomach doesn’t feel well” matter any more when compared to King George’s struggles?  Does a cold or a headache really compare to composing great music while deaf?

Honestly, we are all going to encounter some sort of obstacles on our path that will attempt to derail us from our goals.  Succumbing to our excuses only allows our obstacles to win.  Neither Beethoven or King George gave up, though they frequently wanted to.  They had the will to push on and fight through all the reasons the universe offered for them to quit.

One of the mantras Samantha has brought home to me from her Mary Kay meetings is the idea of being stronger than your excuses.  We will all have excuses at one point or another, we have to recognize this fact and be comfortable with it.  Then, we have to allow ourselves to be stronger than our excuses.

Both King George and Beethoven were stronger than theirs.  They fought through the tribulations their lives encountered, persevering to the end, providing excellent models for us to follow.  Whether or not Tom Hooper knew it, he provided more than just a perfect soundtrack for a moving scene in a movie, he combined the powerful spirit of two great men into a moment that should inspire us all.