Our culture loves to celebrate the Hero.  We idolize these men and women, placing them on a pedestal in hopes that someday we too can share the same characteristics they so prominently display in their lives.  More often than not, these heros are sports characters, TV or movie stars, cultural and societal faces; all people who are detached from our everyday experience.  But, what is to stop us from being the heros?
The term hero is versatile, used to describe a person who acted extraordinarily in a particular set of circumstances.  In 2010, the year my band marched in the Tournament of Roses parade, the Grand Marshall was pilot Chesley “Sully” Sullenberger, the man who safely landed his disabled plane on the Hudson River shortly after take off.  Most of us know nothing of this man other than this one heroic action.  He was feted, then forgotten.
No doubt this year’s Super Bowl will feature a hero of sorts, the sports superstar who leads his team to the win.  Millions will buy his jersey, displaying their proud support of their hero, eager to live up to his on field heroics.

The idea of the hero is an ancient one, stemming back to the Greeks.  Heros were usually demigods who shared complicated relationships with both the people around them and the Gods who spawned them.  Hero worship was real, as cults were typically founded to celebrate the hero mythology.  Later, the idea of hero transferred into literary archetype, presented as a common man or woman who performed amazing feats of bravery without regard for their own safety.
The modern concept of heroics still fits into these two molds, with our sports superstars playing the part of conflicted demigod and more common, everyday people like Sully Sullenberger filling the role of the literary archetype. 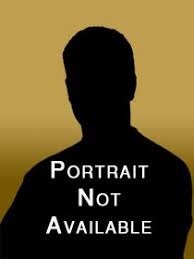 I would like to suggest a third type of modern hero, one who never receives airtime on news stations, is never discussed over coffee with friends, or has their name plastered all over merchandise.  This is the hero that does the right thing as often as possible, the hero that demonstrates how to live life through unremarkable example, quiet and steady, yet strong.
This is the hero we can all be.
Most of us will never win the Super Bowl.  Most of us will never land a plane full of scared people on the Hudson River.  But we can all live our lives in a way that encourages others around us to find the best way to live themselves.  Our words and actions can be rooted in love.  Our legacy could be as simple as leaving behind people who have chosen to live more positive lives.
While our heroics will go mostly unsung, we should take comfort in knowing that people are watching.  Just as those familiar heros we see on TV will never know the names of all the people they have effected, neither will we.  The power we have to be a positive force of change is amazing; use your power in the best possible way.
Be the hero to those around you.  The true hero is one who doesn’t live to be a hero, but simply through living, becomes one.
Posted by Frank Chambers at 11:26 AM