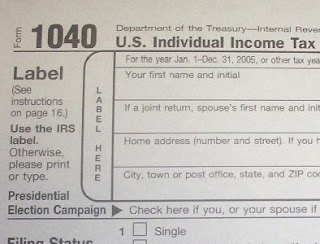 I am not entirely sure what the deal is with Presidential candidates and their tax returns.  Apparently, there is no law on the books that requires candidates to disclose their income tax return, but since 1968, when Mitt Romney’s father ran for President and released his own records, it has become tradition.

Recently, Romney revealed that he was taxed around the 15% level.  His income comes primarily from financial investments made years ago, which keeps the bulk of his income taxed at the capital gains rate.  By contrast Newt Gingrich revealed his tax rate was 31%.
So what.
What is the big deal that Romney was taxed at a lesser rate than Gingrich?  Does this somehow affect either of the men’s ability to govern?  Does it change their politics or their electability?
No. 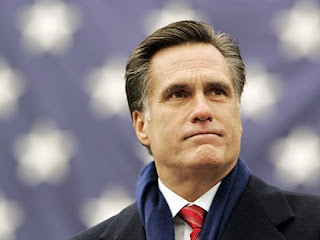 So what is the big deal?  Well, the point Gingrich seems to be hinting at is that Romney’s income level, based primarily on investments, prevents him from understanding the plight of the working man.  How can someone worth over $200 million understand what it is like to worry about bills at the end of the month?  How can someone who theoretically never has to work a day in his life to earn a dime connect with the overwhelming number of Americans who are now below the poverty line?
I think Gingrich has a point.  Romney can’t.  Now, please don’t get me wrong.  I am not saying that because of Romney’s financial situation he would not be a good leader.  I am saying that Gingrich is correct.  Romney can’t understand.  Romney himself, in an effort to make light of his own income level, shoved his own foot into his mouth by saying his speaking fee income for last year wasn’t very much.  It was $374,327.62.
You know what is even funnier about Romney’s not very large speech related income?  In 2009, it only took $343,927 to be in the 1%.  I think this is where Gingrich hits the nail on the head.  Romney is so used to a lavish life, so used to money always being there, that an income that qualifies him for the 1% is regarded as “not very much.”

So, does Gingrich prove anything about being a better Presidential candidate by exposing Romney as wealthy?  Not necessarily.  Gingrich, while being taxed at twice the level as Romney, was still taxed at 31%, which also happens to be the tax rate for the top 1% of income earners in the US.  So both Gingrich and Romney are in the 1%.  The only difference is that Gingrich was taxed on earned income versus investment income, leaving him subject to a higher tax rate.
Gingrich has since said that his goal in getting Romney to reveal his tax level is not to lambast the man, but to point out that everyone should be taxed at that rate, not just the super wealthy.  I don’t think he minded scoring political points with lower income groups though by seemingly bloodying Romney’s nose.
Gingrich himself is worth somewhere between $10-$20 million.  While only a paltry 10% of Romney’s worth, his net worth is still at the very least 100 times the net worth of the average American citizen.  While Gingrich still has to work for his money, he is still a far cry from the ability to connect to ordinary, everyday Americans.
I am sure many of you think I am trying to play the angle that the Republicans are out of touch with the common American experience.  You are right, I am.  But, I am playing this angle as well -  so are the Democrats. 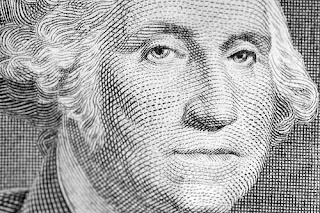 The point I am trying to make is that it doesn’t matter what the finances of the President are like.  Presidents over the years have been very wealthy men.  Some were not wealthy until they left office, but most recent presidents already had accumulated wealth prior to entering office.  If Romney were elected President, he would be the 4th wealthiest man to hold the office (accounting for inflation).  Gingrich would be the 21st wealthiest.  Even the esteemed George Washington was worth over half a billion dollars.

What matters is their character, their leadership traits.  Bullying someone into releasing their tax records accomplishes nothing because it proves nothing.  The only result is that it demonstrates that the current tax code benefits those with a lot more money than you or I.  We all know these men have more money than we do - does it matter how much more?
Instead of losing ourselves in the drama, pay attention to how the candidates act.  Review their record, not what they say.  Sure, the rhetoric can be entertaining, but half of what any politician says seems to false and the other half confusing.  Choose your candidate based on what you see in their soul.  You can just about count on them being rich.