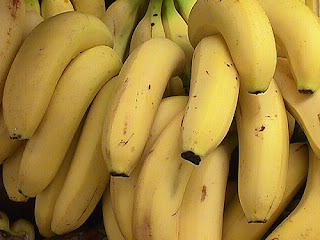 Have you ever taken a situation, and anticipating some sort of dread consequences, blown the potential end result way out of proportion in your mind?  Yes, table of one right here!  I think this is one of the reasons I have always felt a kinship with JD, Zach Braff’s character from the TV show Scrubs.
JD’s fantastical departures from reality were the backbone of the comedy element to the show.  No matter the seriousness, any situation lent itself to being elaborated upon through JD’s wacky imagination.  He would play out fights, adventures, tragedies, and love stories, lost in his own mind until snapped back into reality.  The results were always funny.
I often find myself lost in mental episodes like JD, although the humor level is never quite so high.  I frequently play out conversations I am about to have, attempting to anticipate the direction in my head.  Arguments seem to be a favorite, going through the he said, she said, as if my mind really could understand the way other people think.
The funny part about my own episodes?  Like JD’s, they rarely ever turn out the way I imagined. 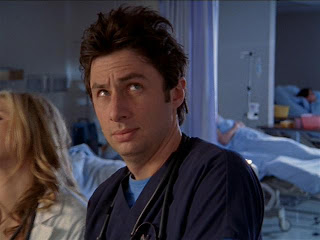 For JD, imagining alternate realities provided an escape from the drama of his real life.  Sometimes his fantasies took him to a place where he could feel like a kid again, lost in his cotton candy dreams.  Other times, his mind jumped track like a runaway train, ending in a place no one anticipated, like finding his apartment full of male strippers wearing nothing but thongs.
Where JD got lost in the wacky and absurd, I get lost in the negative too often.  There have been plenty of occasions where I attempted to avoid the mental parlay, but the ego is sometimes hard to control.  Playing through the negative provides one small benefit - I prevent myself from saying something stupid out loud when I have already said it in my mind.  On the other hand, when my brain does go the way of JD’s comedic romps, I have the opportunity to ready jokes and anecdotes.
The imagination is a wild horse, full of spunk and eager to run.  Just like any feral animal, it can turn on us and bite.  When harnessed properly, imagination opens doors to worlds we couldn’t have previously imagined.  You have to be careful, reigning it in at times and letting it run free when appropriate.  If not, you never know where it will take you.